Aerial 360° photography shot on Mavic Pro last winter. I waited for sunrise to get the nicest light.

Naarden-Vesting is what is a fortress town, it’s an example of a star fort. I grew up in a neighbouring town and always wondered what it would be like fly over Naarden-Vesting to see the star shape from above.

And then the future happened! Hooray for drones.

I shot this by taking about 32 separate photos while spinning the drone all the way around and tilting the gimbal up and down.

I then used Autopano Giga to stitch those into a 360° image and Photoshop to fill in the gaps of sky (which was easy as it was a very crisp clear day). 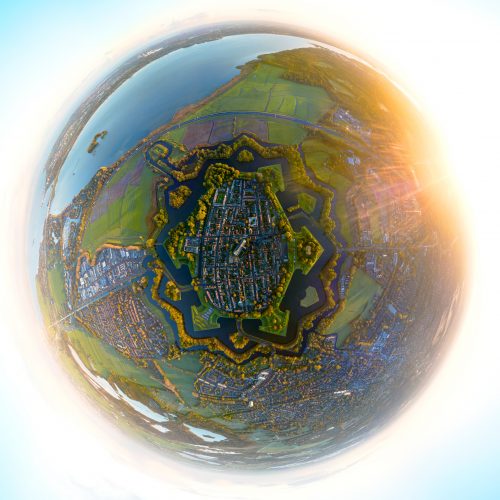 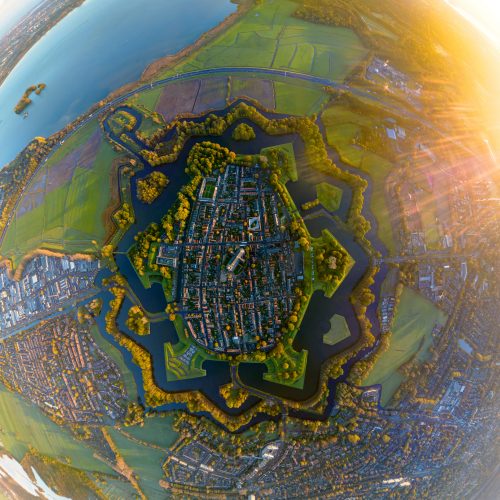 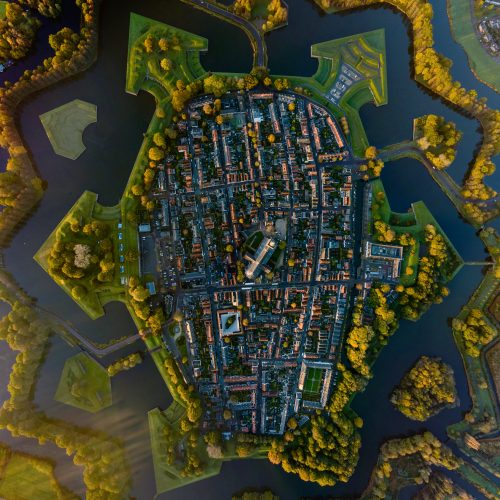 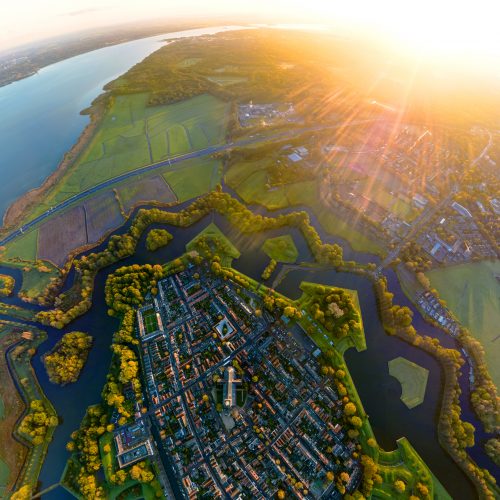